Hello friends and Happy New Year! Here is our List of Quarter 3 work for Classical Conversations Cycle 3 using a Charlotte Mason Approach and a brief description of our work for the next six weeks. I have grouped all the books for science into one section and all the books for geography into another. History and Timeline are broken up per week. As always, I tried to list only IN PRINT books with very few exceptions. Most of these can be found at the library. You DO NOT NEED to purchase all these books. We will probably choose one or two each week to do as a family and smaller books will be read by my older children during their daily independent reading hour. Enjoy!

Math
We continue to use Right Start Math and are thrilled with the success (and fun!) we’ve had so far. The short focused lessons make it ideal for juggling between ages and the family book game helps increase our math fluency at the end of our lessons. I have noticed an increased attention to math in the children’s free play which I connect back to our Right Start Math lessons.

History
Each child will receive a composition notebook for recording their History study notes. We will read a portion of the chosen book and then narrate and illustrate it. I am listing several choices but only reading a few each week. We will also be reading through “A Child’s First Book of American History” by Earl Schenk Miers, illustrated by James Daugherty as our main history text. The boys will probably listen to The Story of the World: History for the Classical Child, Vol. 3: Early Modern Times audio at night before bed. The Stories of America book by Lorene Lambert (and Stories of the Nations) can be purchased from Simply Charlotte Mason.

Map Work
We have fallen in love with Draw the USA. The kids are using it every other day and on Fridays they draw the entire US and fill in the features they know. Its fun and challenging and we are having a blast with it. We started this out on a whiteboard together. I drew for the kids and we all had a good laugh at my artistic skills and I think that took the pressure off everyone. We will also be using some of the following books for our study:

Geography (weeks 13-18)
Swift Rivers by Cornelia Miegs
Robert Fulton: Boy Craftsman by Marguerite Henry
Seabird by Holling C Holling
Minn of the Mississippi by Holling C Holling
Paddle to the Sea by Holling C Holling
Lightships by Brian Flocca
Beyond the Sea of Ice: Voyages of Henry Hudson by Joan Goodman (NOT a Living Book, but the maps and information are well done)
River of Dreams: The Story of the Hudson River by Hudson Talbott ** Touches on many Timeline Events too!
Swan Flyway: The Tundra Swan by Dana Limpert
Mississippi Going North by Sana Baker
Hoover Dam by Elizabeth Mann 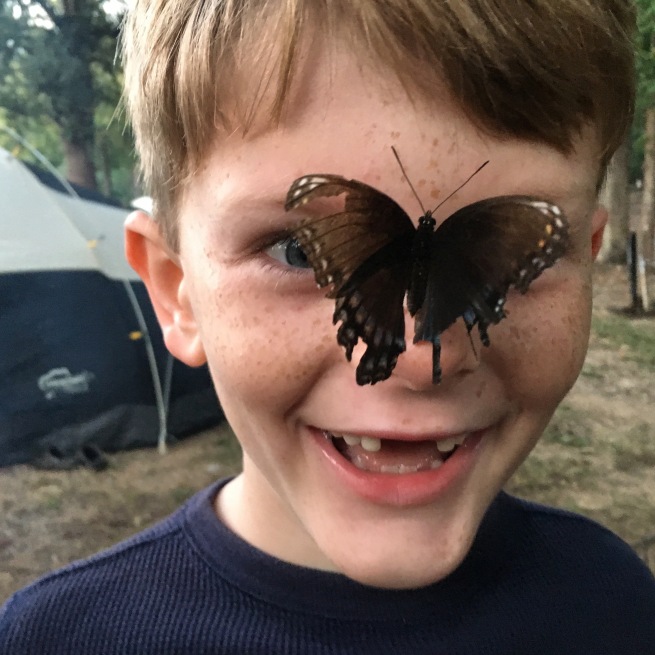 Science
We completed our Lyrical Life Science study before the holidays and thoroughly enjoyed it! Now that CC is moving on to Chemistry we will need to reevaluate our science study.
Science (weeks 13-18)
What’s Smaller Than a Pygmy Shrew? by Robert Wells
What is the World Made Out of? by Kathleen Zoehfield
Elements: A Visual Exploration of Every Known Element in the Universe by Theodore Gray
The Story of Salt by Mark Kerlanksy
Magic School Bus Gets Baked in a Cake
The Mystery of the Periodic Table of Elements by Benjamin Walker (We will be using this along with “Medeleyev and His Period Table” by Robin McKown, sadly it is OoP).
Napoleon’s Buttons: How 17 Molecules Changed History by Penny Le Couter

Periodic Videos (one for each of the elements!)

Independent Loop
The boy’s independent work consists of the following components and they have a set time each day to work on the next item on their list before looping around. Some days they do more than one task, some days they only focus on one. I love that they get a bit of time with each as they cycle through. This idea came from Sarah Mackenzie’s wonderful book: Teaching From a State of Rest.

Language Arts
My eldest is having a wonderful first year with the Essentials Program. To be honest, I am completely taken aback by how well he has done. I thought his dyslexia would make this year a miserable experience for all but we have found just the opposite to be true. Thanks to his fantastic memory (one of the gifts that came with dyslexia) he is breezing through his charts! I am still scribing his papers but he loves the IEW program and is enjoying composing a paper each week.
My next eldest is using an IEW writing book and both boys use the
Phonetic Zoo Spelling Level A IEW Spelling Program every day. They do not get to move on from a list till they have mastered it two days in a row and I am so thankful to see their spelling rapidly improving! (If you have a dyslexic child, you know how amazing this is!) The older two boys still have one hour of independent reading each day. Use the IEW tab on our page to explore the site!

My next eldest is wrapping up his time with My Father’s World 1st Grade and Five in a Row. Since we had both programs already we have been picking and choosing our favorite aspects. By no means did he do both programs in their entirety! He will not start formal spelling for a bit yet. His copywork is from Simply Charlotte Mason.

Latin
We are still using Memoria Press Latin Cristiana 1 for Latin and enjoying it tremendously. Its exciting to see how much our memory work helps in this area! 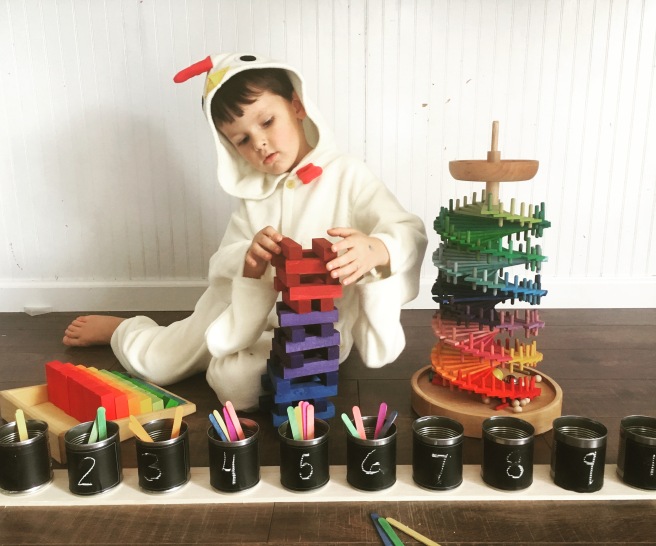 Preschool
We continue to use The Homegrown Preschooler for our youngest (and his brothers always end up joining him whenever they can!) Along with Right Start Math Level A, this combination has been more than enough for our 5 year old. He is in his 3rd year with HGP and the amount of growth and learning we have seen is far beyond what our evaluators initially projected for him. I am so thankful to Lesli Richards and Kathy Lee for compiling this beautiful program.

(See Quarter 1 for details on Poets, Composers and Artists!) 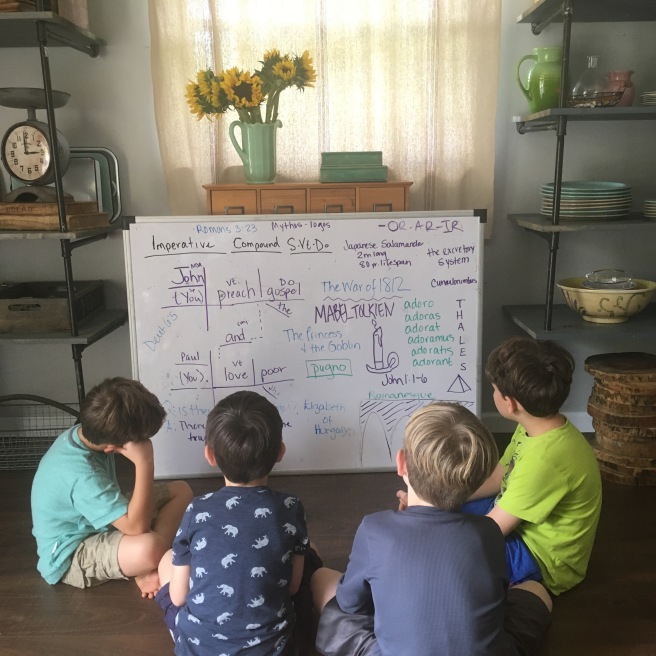 Week 13
Timeline
They Put Out to Sea by Roger Duvoisin (How I WISH this were in Print!)
Around the World in a Hundred Years by Jean Fritz
The Kidnapped Prince: The Life of Olaudah Equiano by Ann Cameron
Ink on His Fingers by Louise A Vernon
The World of Columbus and Sons by Genevieve Foster
The Royal Diaries: Isabel: Jewel of Castilla by Carolyn Meyer
Blood Secret by Kathryn Lansky
**Books on Spanish Inquisition are for older children, I have not read either one but included them on recommendation from a friend.

History
14th Amendment (includes links to newspaper articles, opinion pieces, etc published at the time).
Heart and Soul: The Story of American and African Americans by Kadir Nelson
John Newton: A Slave Set Free by Irene Howat
Freedom Over Me by Ashley Bryan
Roll of Thunder, Hear My Cry by Mildred Taylor
Many Thousand Gone: African Americans from Slavery to Freedom by Virgina Hamilton

History
**We have already done an in depth study of the Industrial Revolution and my boys have asked to look at Child Labor a little more closely.

Mill by David Macaulay
The Chimney Sweep’s Ransom by Dave and Neta Jackson ( I have not read this one yet but its been recommended several times to me so we are trying it this year!)*
Counting on Grace by Elizabeth Winthrop*
Kids at Work: Lewis Hine and the Crusade Against Child Labor by Russell Freedman*
The Industrial Revolution for Kids: The People and Technology that Changed the World by Cheryl Mullenbach
Empire State Building by Elizabeth Mann
Brooklyn Bridge by Elizabeth Mann

History
The New Colossus by Emma Lazarus
At Ellis Island: A History in Many Voices by Louise Peacock
Grandfather’s Journey by Allen Say
Coming to America: They Story of Immigration by Betsy Maestro
The Memory Coat by Elvira Woodruff
When Jessie Came Across the Sea by Amy Hest
Emma’s Poem: The Voice of the Statue of Liberty by Linda Glaser
The Journey by Francesca Sana
The Matchbox Diary by Paul Fleischman

History
Where Poppies Grow: A World War 1 Companion by Linda Greenfield
Remember the Lusitania by Diane Preston
Only a Dog: A Story of the Great War by Bertha Smith
Christmas Truce by Aaron Shephard
In Flander’s Field: The Story of the Poem by John Macrae. by Linda Greenfield
Christmas in the Trenches by John McCutcheon
The War to End All Wars by Russell Freedman **Advanced

History
I Survived the Bombing of Pearl Harbor by Laura Tarshis
Pearl Harbor by Stephen Krensky
Pearl Harbor Child by Dorinda Nicholson
A Boy at War: A Novel of Pearl Harbor by Steve Mazer
Pigeon Hero by Shirley Redman
Going Solo by Roald Dahl
Never Give In: The Extraordinary Character of Winston Churchill by Stephen Mansfield
A Boy Named FDR by Kathleen Krull
Miracles on Maple Hill by Virginia Sorenson
Sadako and the Thousand Paper Cranes by Eleanor Coerr
The Winged Watchman by Hilda VanStockum
The House of 60 Fathers by Meindert De Jong
Number the Stars by Lois Lowry
All Those Secrets of the World by Jane Yolen
Twenty and Ten by Claire Bishop
Snow Treasure by Marie McSwigan
The Story of the USS Arizona by Conrad Stein

There is an abundance of read alouds to choose from for this time period. Our family will be reading the following three this quarter in the evenings as a family:
The Evolution of Calournia Tate by Jacqueline Kelly  (1899-1900)
The Singing Tree by Kate Seredy (WW1)
The Chestry Oak by Kate Seredy (WW2)