Getting it in just under the wire! Morning time and the rest of our academic schedule is still looking similar to our Quarter 3 routine, so I will just dive right into the book list this time!

Here are two shorter lists for Fine Arts and Science for the quarter.

Fine Arts
Story of the Orchestra by Robert Levine
Zin! Zin! A Violin by Lloyd Moss
Max Found Two Sticks by Brian Pinkney
Hannah Hashimoto, Sixth Violin by Chieri Uegaki
Ada’s Violin: The Story of the Recycled Orchestra of Paraguay
by Susan Hood
The Carnival of Animals by Jack Prelutsky
The Musical Life of Gustav Mole by Kathryn Metric

Science
Down, Down, Down by Steve Jenkins
A Day in the Deep by Kevin Kurtz
Latitude and Longitude by Rebecca Aberg
What Will the Weather Be? Linda Dewitt
Clouds by Anne Rockwell
Weather Words and What They mean by Gail Gibbons
The Cloud Book by Tomie de Paola
Weather Forecasting by Gail Gibbons
On the Same Day in March by Marilyn Singer
Feel the Wind by Arthur Dorros
Maps and Globes by Jack Knowlton
Follow that Map by Scot Ritchie
Me on the Map by Joan Sweeney
As the Crow Flies by Gayle Hartman 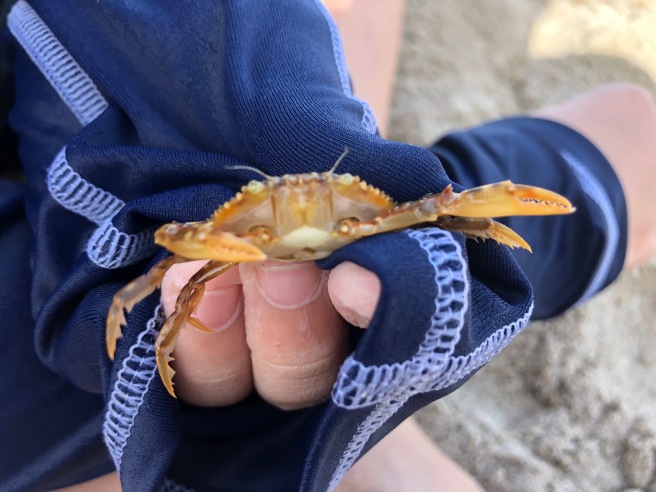 And now the weekly breakdown for Timeline and History. AGAIN: We do not read all of these books, this is just a curated list I choose from when we are planning each week.

Abraham Lincoln by the D’Aulaires

(See Cycle 3 lists for more books in this era)

History
North American Indian by David Murdoch
Indian Nations of North America by National Geographic
The Very First Americans by Cara Ashrose
Star Mounds: Legacy of a North American Mystery by Ross Hamilton (Found at the library! It will be our first time reading it)
Mound Builders and Cliff Dwellers by Dale Brown
Anasazi by Leonard Everett Fischer

Stories of America by Lorene Lambert
-Chp 25 A Roar and A Crash
Billy Graham: Just Get Up Out of Your Seat by Catherine Mackenzie
Christmas Truce: A True Story of World War 1 by Aaron Shepherd
Christmas in the Trenches by John McCutcheon

History
The Wild Chihuahua’s of Mexico by Traude Rhine
Viva Rose! by Susan Krawitz ** We’ll be reading this for the first time. Its a chapter book for older children (grades 4+)

Week 21
Timeline
Breaking Stalin’s Nose by Eugene Yelchin
Stories of America by Lorene Lambert
Chp 26 World War 2
Chp 27 The Battle of the Bulge
Chp 28 Battle of Iwo Jima
Chp 29 V for Victory
Chp 30 A Long Cold War
Chp 33 The End of the Cold War
Stories of the Nations by Lorene Lambert
-Chp 20 The Second World War
-Chp 21 The Underground
-Chp 22 The Day of Days
-Chp 24 The Creation of Israel
-Chp 25 The Dead Sea Scrolls
Israel by Miroslav Sasek
Gandhi by Demi
Gandhi: The Young Protestor Who Founded a Nation by Phillip Wilkinson
Little White Duck: A Childhood in China by Andres Martinez
Little Leap Forward: A Boy in Beijing by Guo Yeu

Timeline
-Chp 31 For Civl Rights
Martin’s Big Words by Doreen Rappaport
Freedom on the Menu: The Greensboro Sit Ins by Carole Weatherford
Freedom Walkers: The Story of the Montgomery Bus Boycott by Russell Freidman
Many Thousand Gone: Slavery to Freedom by Virginia Hamilton
Through the Gates of Splendor by Elizabeth Elliot
The Vietnam War by DK
Patrol: An American Soldier in Vietnam by Walter Dean Myers
Moonshot the Flight of Apollo 11 by Brian Floca

Timeline
Stories of America by Lorene Lambert
-Chp 34 September 11, 2001
-Chp 25 A New Kind of War
-Chp 36 The Information Age and a Farewell
The Turning by Gloria Whelan
The Little Chapel That Stood by AB Curtis