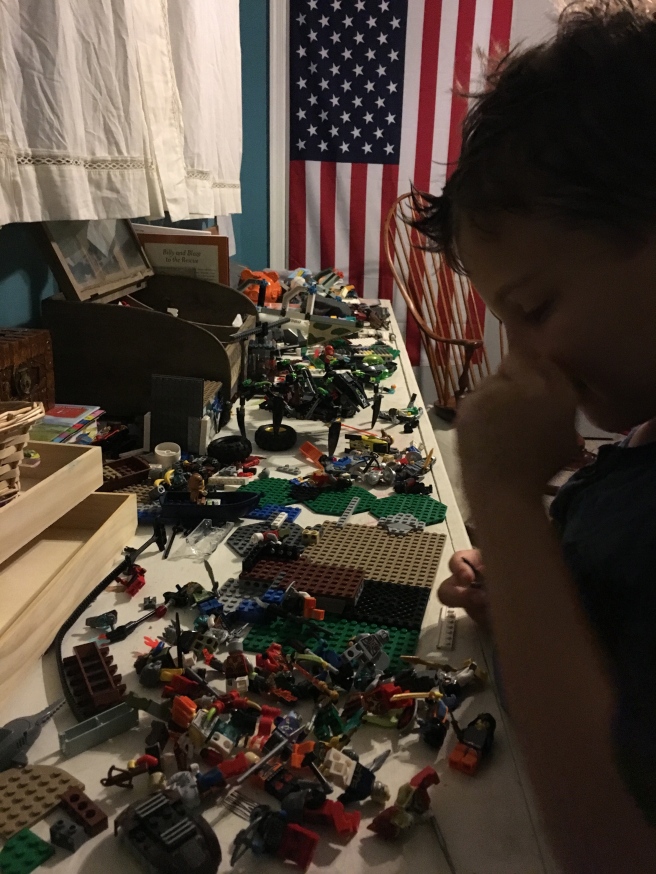 Months ago I started collecting old appliances and bits of junk for the boys to tinker with during the last weeks of MFW.  I had envisioned many afternoons spent watching the boys take apart things and attempting to put them back together or combining them to come up with new things. They were so intrigued when we read Homer Price last year, the thought of a young boy building and fixing radios in his spare time was exciting for them. They wanted to do it too! I am thinking of expanding our junk collection and allowing them more time to tinker with things in the coming months. A copy of David Macauley’s “How Things Work,” a work table and some simple tools–thats pretty much the game plan.

The boys made some crazy inventions out of legos too! As the sons of an engineer they take their building very seriously. It was great to hear them explain their creations and their reasoning as they detailed their choices made in style and structure and how it impacted the function of each invention. We’ll be celebrating our end of the year with a trip to Disney World and we will definitely be stopping at Epcot’s Innovations area.

One machine the boys were not allowed to take apart (even though they begged to!) was my sewing machine. My second born started sewing a quiver for his archery set. He started out by hand stitching two inches of work, which took him awhile to get straight. Then I turned on the machine and the last 12 inches of seam were completed in seconds! “No wonder they called it IronWoman!” he exclaimed. 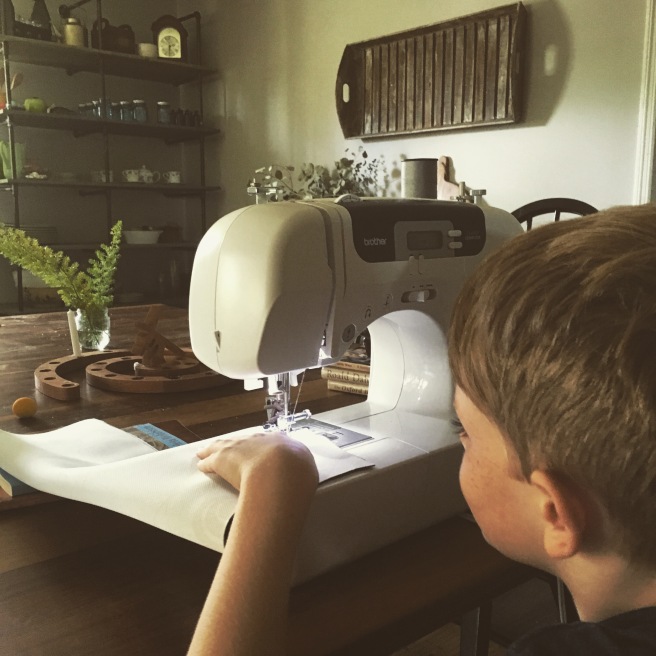 Speaking of fantastic inventions, here is a great demonstration video of McCormick’s Reaper. The machine in the video is 174 years old!

We played telephone around the house on telephone day. I also jumped on the chance to sneak in a little practical life skills lesson. We made sure to reinforce our important phone numbers in our memory banks and we practiced correct phone etiquette. We don’t have a house phone so this was an area I knew my children needed help in since they have never had to answer a phone before. It was great practice for them!

Our Classical Conversations community announced that they would be holding a science fair and I was ecstatic to see that it coincided with our Inventors unit.

The boys were able to select a topic that interested, ask questions, conduct research, keep a logbook, make a hypothesis, record materials needed, run through the procedure (with adult assistance) and then record conclusions and analysis. They employed the scientific method, which they use every week during their experiments at their Classical Conversations community.  Our eldest chose to experiment with dew traps and investigated the process of obtaining water to sustain life in semi arid regions. Our second born built rotors and ran tests on a homemade wind turbine to determine how much weight it could lift.  As you can see from the picture above, everyone showed up for the test runs!

The boys decorated their project board and took their displays to the science fair. We loved getting to see all the other science experiments there. I highly recommend joining in on a science fair. Ask local private schools or county fair or community groups if they are willing to include homeschool projects and be sure to obtain their rules and procedures list.

We’ve got the innovation bug over here now and I don’t doubt that the boys will be inventing all sorts of things in the coming weeks!