We have spent the last two weeks learning about Abraham Lincoln and the Civil War. The boys picked up their Beautiful Feet Early American History Guide again and dove into Ingri D’Aulaire’s “Abraham Lincoln” which, like all D’Aulaire’s books, was a big hit with my kids. This book really brought Lincoln to life for them. Our conversations this week were centered around the importance of truthfulness, the discipline of hard work and the responsibility we have to stand up for justice.

My eldest son (age 8) was able to memorize the Gettysburg address over the two week period. We would spend 5 minutes at a time reviewing and adding a new line. This would happen on the way to the grocery store or before bedtime or while we waited for his brother’s soccer practice to wrap up. It was really great to see him accomplish a lengthier piece of work.

We spent so much time reading this week, desperately trying to catch up on the read alouds we missed while my throat was out of commission. I placed a large piece of kraft paper on the floor and the boys had their war plans laid out on it while I drank cup after cup of Throat Care and read. We did not make any fancy lap books or spend time with handouts. Other than a few coloring $1 coloring books from Dover on the various uniforms and weaponry of the Civil War, we mostly engaged with the battlefield below while listening to living book about the war.

I also want to share one of our favorite productions from Audio Adventures: “With Lee in Virginia.” You can follow the link for information on the all star cast and how the production came together. We are huge G.A. Henty fans over here and I was over the moon when I discovered that Audio Adventures was producing so many of his stories. (We also have “Under Drake’s Flag”, “The Dragon and the Raven”, and “In Freedom’s Cause” all of which get an enthusiastic recommendation as well!) The boys were riveted by the story “With Lee in Virginia” and they listened to it several times over the past two weeks.

Another treasured audio CD is from Greathall Productions, read by Jim Weiss. “Abraham Lincoln and the Heart of America is a wonderful biographical CD. We could listen to Jim Weiss read all day long. His voice is just wonderful. (Last year, my son said he wanted to be Jim Weiss when he grew up!)

Here are a few of our favorite books from the pile we read:

Abe Lincoln: The Boy Who Loved Books by Kay Winters
Abe Lincoln Crosses a Creek: A Tall, Thin Tale by Deborah Hopkinson
Abraham Lincoln’s World by Genevieve Foster *** This is a great book to flip through and read bits out of but it is definitely out of age range (2nd-3rd) as a main study. But we loved looking through it! 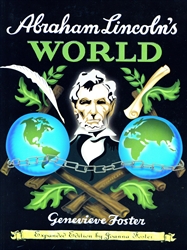 Abe loved books. We decided to really celebrate that this week and the boys spent a lot of time enjoying their favorite books over and over. We had our monthly “PoetTreats” tea time this week to make sure we celebrated our favorite poems too. “PoetTreats” is always a special time for us. I decorate our table nicely and make their favorite tea and treats. Everyone gets to bring their current favorite poetry book and we go around the table reading poems out loud while we enjoy our snacks. 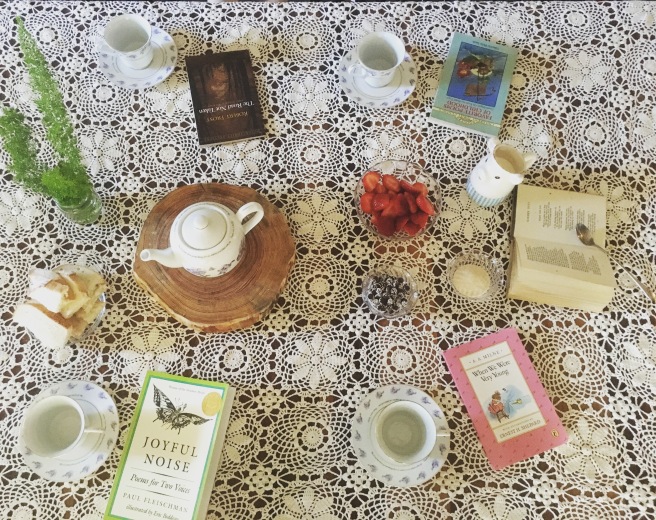 To cap off our study of Abraham Lincoln, my husband took the boys out to the wood pile where they learned how to chop and split wood. They were all so eager to lend a helping hand and learn from their Dad.

I brought out a reproduction newspaper from the civil war era and we discussed how differently news traveled back then and how soldiers communicated with various camps and the people back home. Each boy got to pen a pretend letter containing important battle plans for another civil war captain to read. Then they had to be delivered by another soldier through the woods to the campsite. Lets just say, I am still finding bits of paper and the occasional wood rifle in the backyard. It was a busy day!

We have taken a few “Civil War” field trips in the last year and half. Knowing that we’d be diving into Adventures and eventually studying the war between the states, I made an effort during our road trips to stop off and show the boys bits of history. Over Christmas we stopped off at Gettysburg in Pennsylvania. Last April, my Mom and I took the boys to Fort Sumter.

We learned a great deal at the museum and this week I asked the boys to recall some of what they had learned. They remembered many, many details from the fort and the museum inside. My eldest described in great detail, the flag pictured below, which is the original flag that was flying over Fort Sumter when it was attacked.

My youngest remembered passing by the old Slave Mart (now a museum). 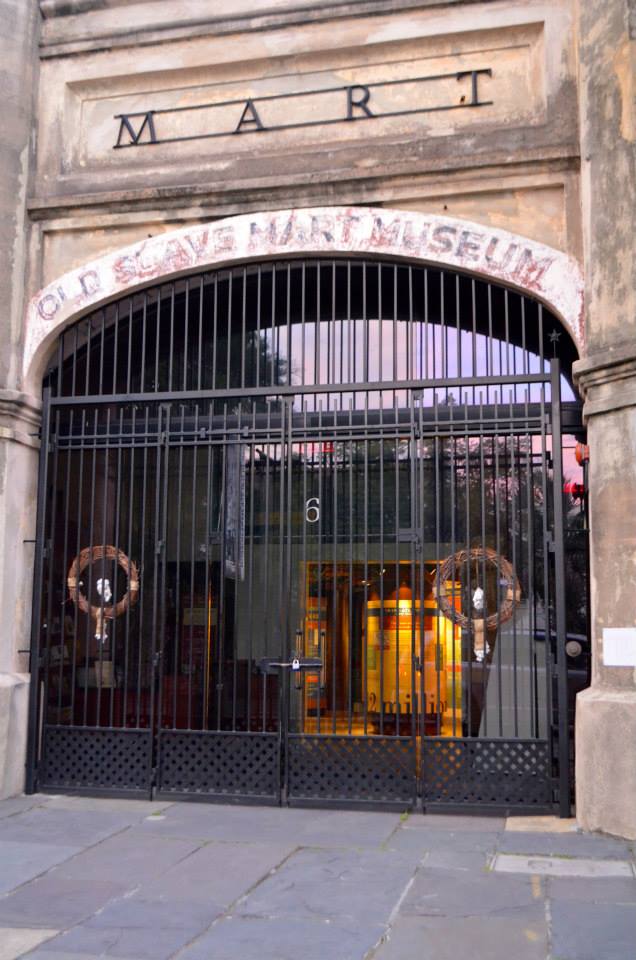 Slavery is a hard topic to explain to children. We are proud to be Americans but we also want to acknowledge the very terrible things our country has been a part of. Racism is especially heartbreaking to explain when your children are completely innocent that such a thing exists. They first heard about it last year during our Cycle 3 study with Classical Conversations. I read them wonderful books starting with the civil war era up through the civil rights movement and they were left feeling very confused. They would ask about their African American/African friends and family members and wonder what it was that subjected them to these horrible things. I was feeling a little anxious about starting that painful topic all over this year.

But this year, we had a few months of prior African History study in Cycle 1 of Classical Conversations. Hearing about the Songhai, Zanj and Zimbabweans, gave them a clearer picture of Africa and its history. We studied the start of the slave trade and its origins briefly to give them an idea of its full scope and long history.

We did read several books about the lives of slaves on southern plantations and their experiences in the underground railroad, but the most helpful book we read was, “Who Owns the Sun?” by Stacey Chbosky. Now at first my son could not stop saying “God!” in answer to the question so I had to start over and preface it by saying, “Yes, God owns everything. But this book is asking if any one man owns the sun?” and this helped us move on with the book.

By the last page there was not a dry eye around our table. 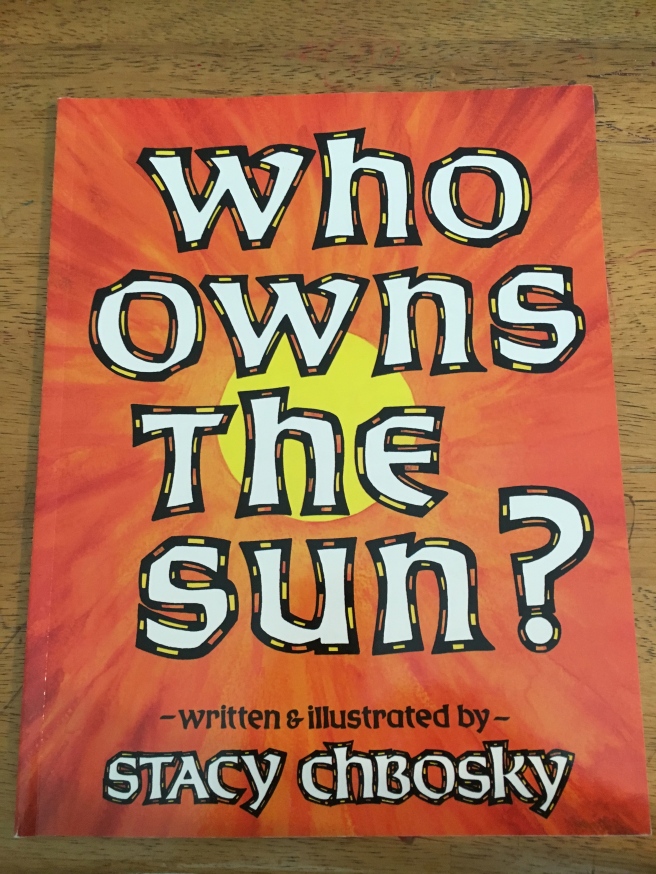 I don’t think I will ever find an easy way to talk about slavery and/or racism, because it is a horrible and hard thing no matter how you approach it. Giving the boys a bit more background into the culture and discussing the topic of slavery in general, helped us understand the specifics of slavery in America a bit more clearly. Their tender hearts were pierced by this which was hard to watch but necessary for them to experience as they continue to grow in a world where racism is very much alive. We finished our time of study by praying to God and thanking Him for the life of Abraham Lincoln, who stood for up for justice and truth. We prayed for our country as we continue to be divided on issues of race. We prayed for our men in uniform overseas and here at home and for our leaders that govern our country.